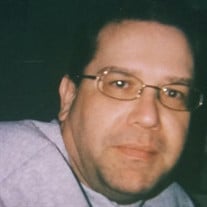 “In the blink of an eye, something happens by chance- when you least expect it - sets you on a course that you never planned, into a future you never imagined.” Nicholas Sparks Beloved husband, father, brother, uncle and friend, “Bill”, William Arthur Wilson passed away unexpectedly on October 31, 2019 at home in Selma, North Carolina at the age of 57. He was born on July 5, 1962 in Anne Arundle County Maryland to Charles Thomas Wilson and Billie June Wilson. He had fond memories of living in Okinawa as a child and playing on the creek beds of Taloga, Oklahoma. On August 22, 1992 he married Carlee Sue Wilson in Stillwater, Oklahoma at a little chapel on the OSU campus. They shared a very happy marriage of 27 years that included many adventures together. Bill was a wonderful father to four children who he saw as his ‘greatest gifts’. He was a ‘serious’ Chicaco Cubs fan whose loyalty to the team never failed. He loved to fly fish, cook on the grill and read when he had the time. His love of history is ingrained in his life and family and ‘his history’ will be told through his children and all who knew him. He leaves to cherish his memory, his wife: Carlee Sue Wilson of Selma, NC; children: Alexander Wilson of Virginia, Carlee June Wilson, Abigail D. Wilson and William T. Wilson of Selma, NC; brother: Tom Wilson and Family of Louisville, Kentucky; sisters: Cecelia Squires and Family of Longview, Texas, Charlotte Smith and Family of Albany, Oregon and Beverly Reinschmidt and Family of Weatherford, OK; Aunt: Ann Boden and family of San Diego, California; as well as many brother and sister’s in laws, cousins, nieces and nephews. He was preceded in death by his grandparents; parents: Charles Thomas Wilson and Billy June Wilson; brother in laws: Mitch Reinschimdt, Richard DeFever and Charley McGuire. Bill will be laid to rest during a graveside ceremony in Newalla, Oklahoma at Pilgrims Rest Cemetery. He will be greatly missed.

&#8220;In the blink of an eye, something happens by chance- when you least expect it - sets you on a course that you never planned, into a future you never imagined.&#8221; Nicholas Sparks Beloved husband, father, brother, uncle and friend,... View Obituary & Service Information

The family of William Wilson created this Life Tributes page to make it easy to share your memories.

“In the blink of an eye, something happens by chance- when you...

Send flowers to the Wilson family.