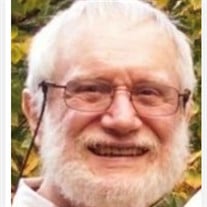 George Clinton Tolleson, affectionally called Pete, was born in Greensboro, NC, on June 4, 1931 to Louis Tolleson and Mariel Tolleson- Nee Buquo. He departed this life on May 1, 2020 in Durham, NC. He was graduated from Duke University in 1954, with a degree in occupational therapy and then served in the Army for four years. After attending Starr King Seminary, he was ordained as a Unitarian Universalist minister in 1964 and took his first pulpit in the same year at the Unitarian Church in Charleston, SC, where he served for five years. He then was pastor at the UU Church of Arlington VA, the UU Congregation of Greenville SC for five years, where he was first pastor. In 1984, he moved to Asheville, where he was a pastor for one year at the UU Fellowship of Hendersonville, NC. In addition, in 1984, he worked as the manager of the print shop at Warren Wilson College. Following his retirement from church ministry, Pete continued to serve others, in pastoral counseling and performing weddings until 2011. Pete was enormously creative, skillfully mastering wood carving and silversmithing, among other skills throughout his life. In younger years he loved to hike, and like his own father before him, he would entertain any youngsters who accompanied him - most particularly his daughter, niece and nephew endlessly with his knowledge and revelations about nature. He loved to travel, and did so extensively with his wife Mary Leta, deceased, and then with his husband. They were together for ten years, then married since October 10, 2014. Pete was an incorrigible punster, to the groans but secret delight of all who knew him. He loved all kinds of animals, having as pets throughout the years numerous cats and dogs, as well as, at various times, a tarantula and a ball python. Pete is survived by his husband Ronnie Marable of their home in Henderson, NC, his daughter Robin Zweig of Asheville, his sister Martha Hansen, of Lake Ridge VA, his niece Raelin Hansen, Ashville, NC, his nephew Lou Hansen, Fairfax VA, and granddaughters Jeanette Tolleson and Donia Zweig. Pete's compassion, humor, inquisitiveness and questioning nature were qualities that inspired and entertained many and so many, his family especially, feel that the world's a poorer place without him. His husband Ronnie describes Pete as the love of his life.

George Clinton Tolleson, affectionally called Pete, was born in Greensboro, NC, on June 4, 1931 to Louis Tolleson and Mariel Tolleson- Nee Buquo. He departed this life on May 1, 2020 in Durham, NC. He was graduated from Duke University in... View Obituary & Service Information

The family of George Clinton Tolleson created this Life Tributes page to make it easy to share your memories.

Send flowers to the Tolleson family.